Cao Lau Noodles from Hoi An

Every region of Vietnam has its own local style of cooking and rice noodles are a special part of Vietnamese culture, heritage and history. These dishes are must tries for foodies, none more so than Hoi An’s cao lầu. Cao lau, pronounced “cow lao,” is a mouthwatering rice noodle broth. Translated in English to mean “high floor,” its origins lead back to when it was an exclusive meal reserved only for those who could afford it. Hoi An’s upper crust would sit at the higher floors of restaurants, far away from the dirt and grime of the common people. A stark contrast to today where luckily it’s readily available to everyone.

What is Cao Lau?

Cao lau is made up of sliced roast pork, squares of crispy pork fat, bean sprouts, herbs and greens. The famous Lau noodles then, of course, complete the dish. These noodles are traditionally made from well water, sourced from a few remaining wells in the Old Town, making cao lau unique to Hoi An.

Traditionally, the water from the Cham wells, as well as lye, (a white ash produced from the burning of hardwood trees from nearby Cham island), were mixed together with milled rice from the local fields to make the lau noodles. They were made only by a few families, who carefully safeguarded these secret recipes from generation through generation.

In order to produce these delicate noodles, noodle makers begin by choosing their rice – not too dry and not too starchy. The rice is soaked in water for 24 hours, before being drained to reveal the solid forms of starch. Following this, there is the option to combine any extra flours you desire. Each variation changes the texture and taste of the noodles.

Ingredients are mixed to bind the flours with water. Then, the mixture is rubbed over a cotton sheet, which is stretched over a pot of boiling water. Succeeding a 30 second steam, the ‘rice pancakes’ as they are known, are cut and rolled onto individual bamboo mats. From here the sheets are allowed 5-6 hours to dry in the scorching Vietnamese sun. 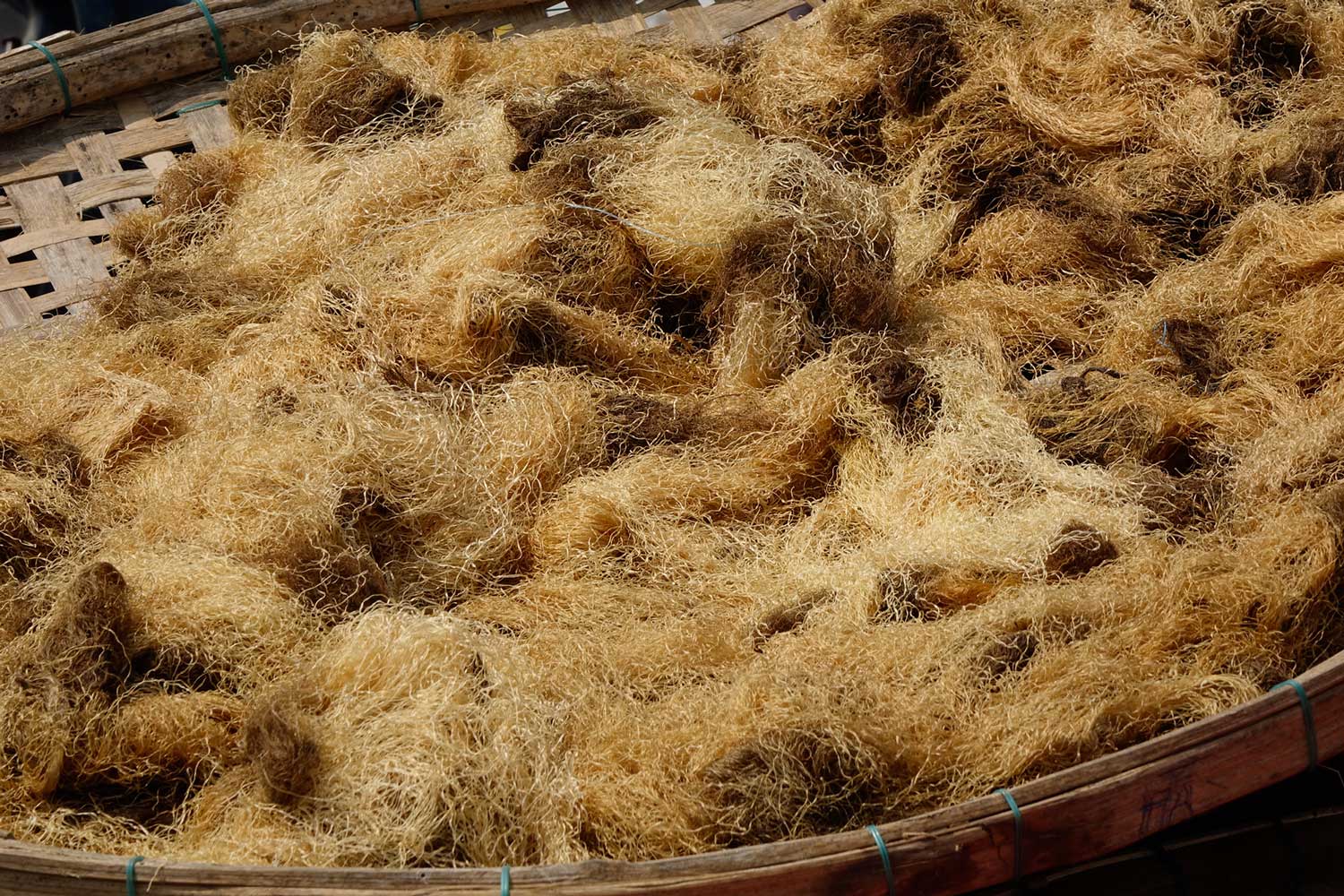 Unique because of the water and lye mixture used to make them. This is also what gives them their distinct off-white colour. Broken rice is washed and soaked in the water-and-lye solution. Then ground into a thick paste before being put into cotton bags and any excess water squeezed out. This dough is then repeatedly kneaded by hand before being rolled out and cut into the noodle shape. Then steamed until cooked and left on racks air drying until needed.

The shoulder cut or loin is taken and treated in the same way as Chinese char siu barbeque. The meat marinates in a mix of salt, pepper, sugar, 5-spice, garlic, and soy sauce for a minimum of 45 minutes. Then seared in a pan to create caramelisation and seal in the juices. The pork then covered with water and braised until fork tender, sliced thinly, and then ready for eating.

The pork stock left over from braising the pork with all the spices and flavours reduced down into a rich sauce. Unlike other Vietnamese noodle dishes, the finished bowl will not be swimming in liquid. Instead, a couple of spoonfuls of this heavenly gravy pack enough flavour punch to not detract away from the other components.

To add a crispy texture to this dish, cao lau will have either fried squares of the same dough used to make the noodles or smoky pork rinds as part of the finished product.

As featured in many other Vietnamese culinary creations, cao lau isn’t complete without the usual suspects. Including lettuce, bean sprouts, mint, perilla, ngo om (rice paddy herb), and fish mint (this one is an acquired taste), amongst others herbs and greens favoured by the chefs. 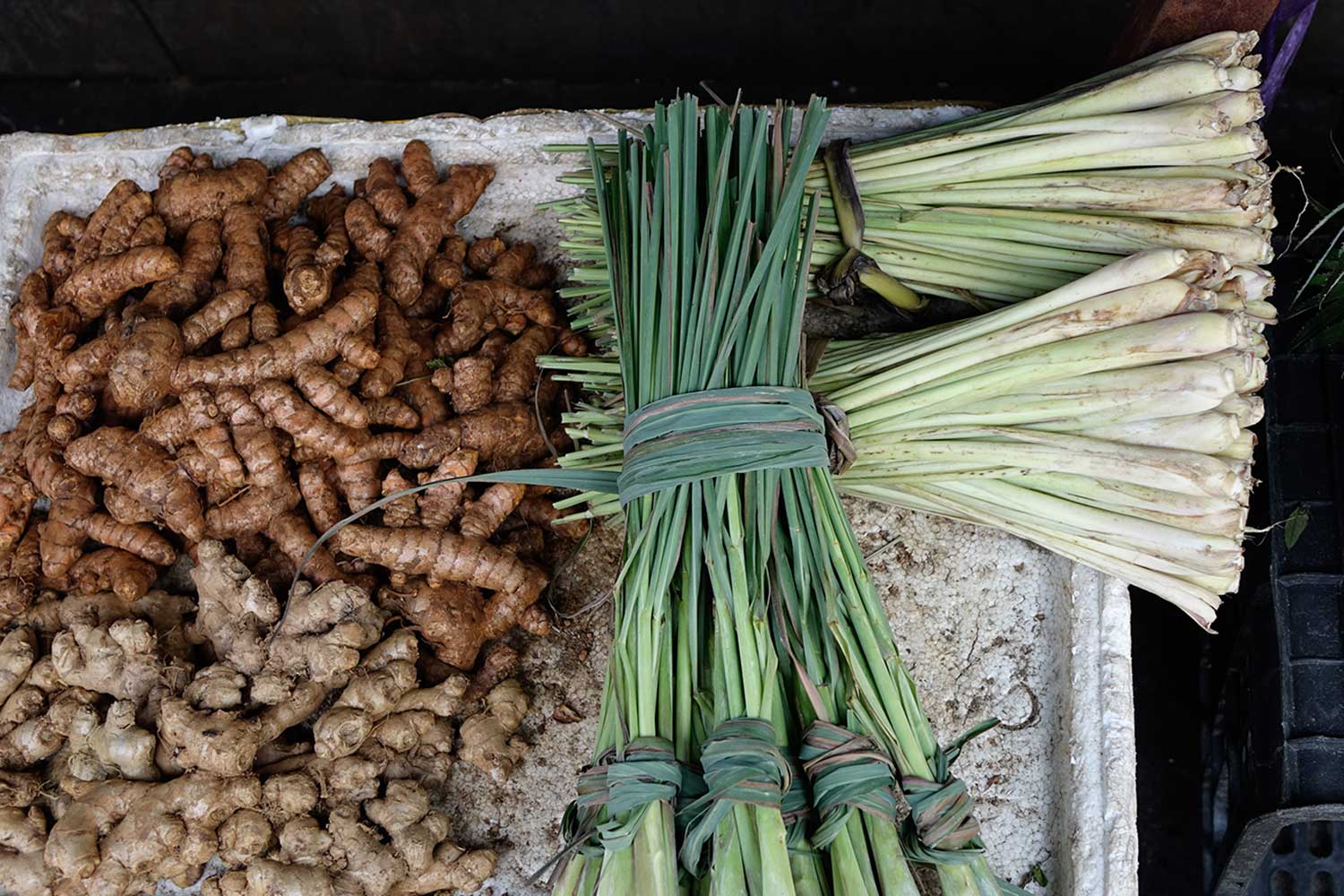 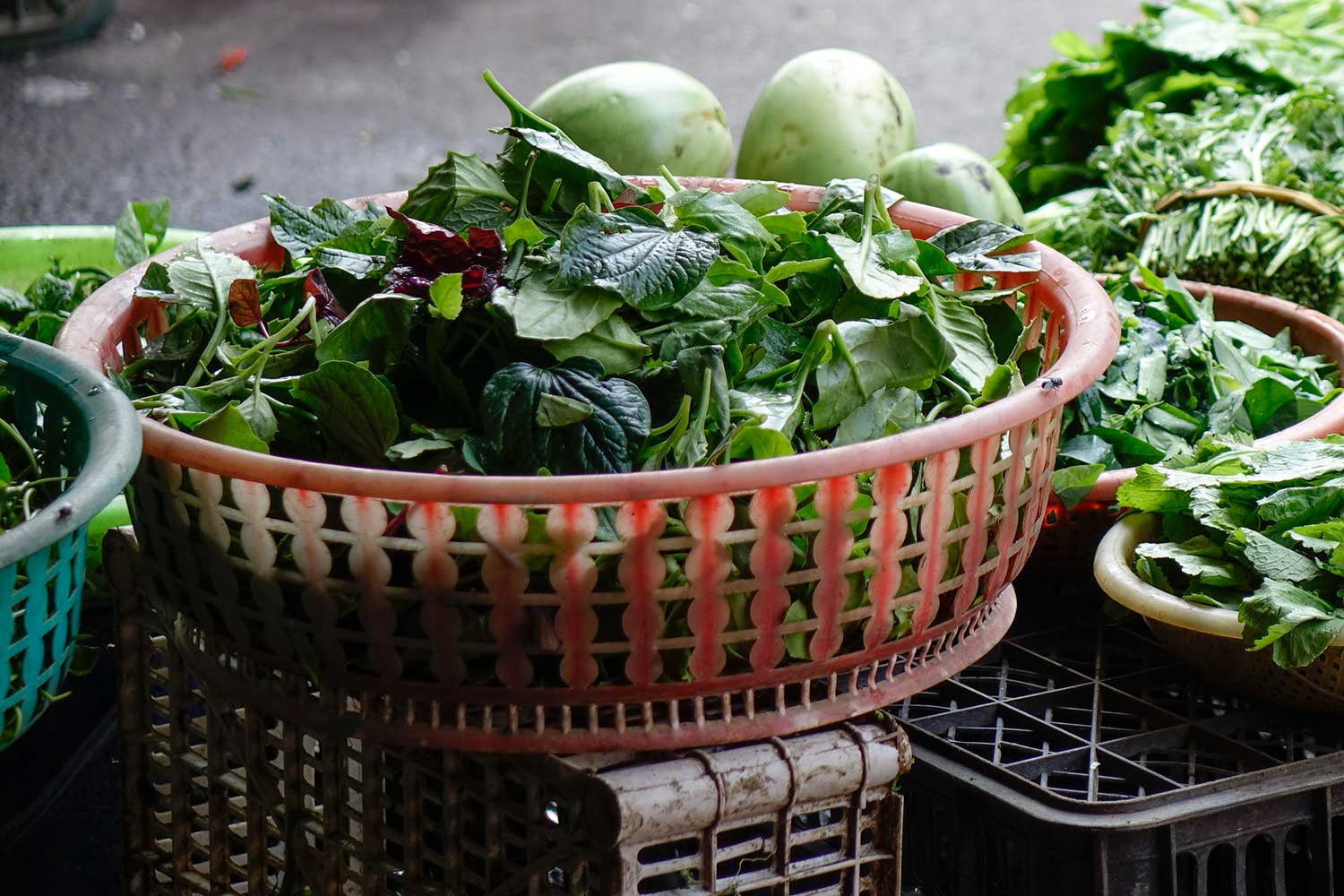 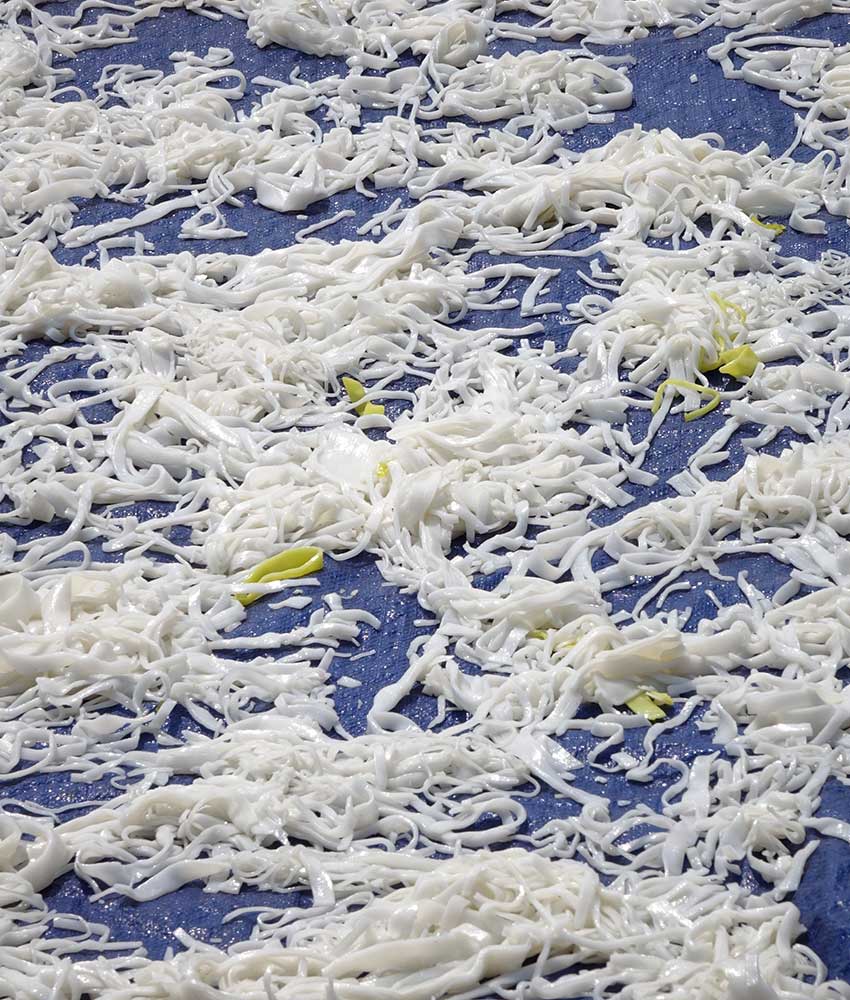 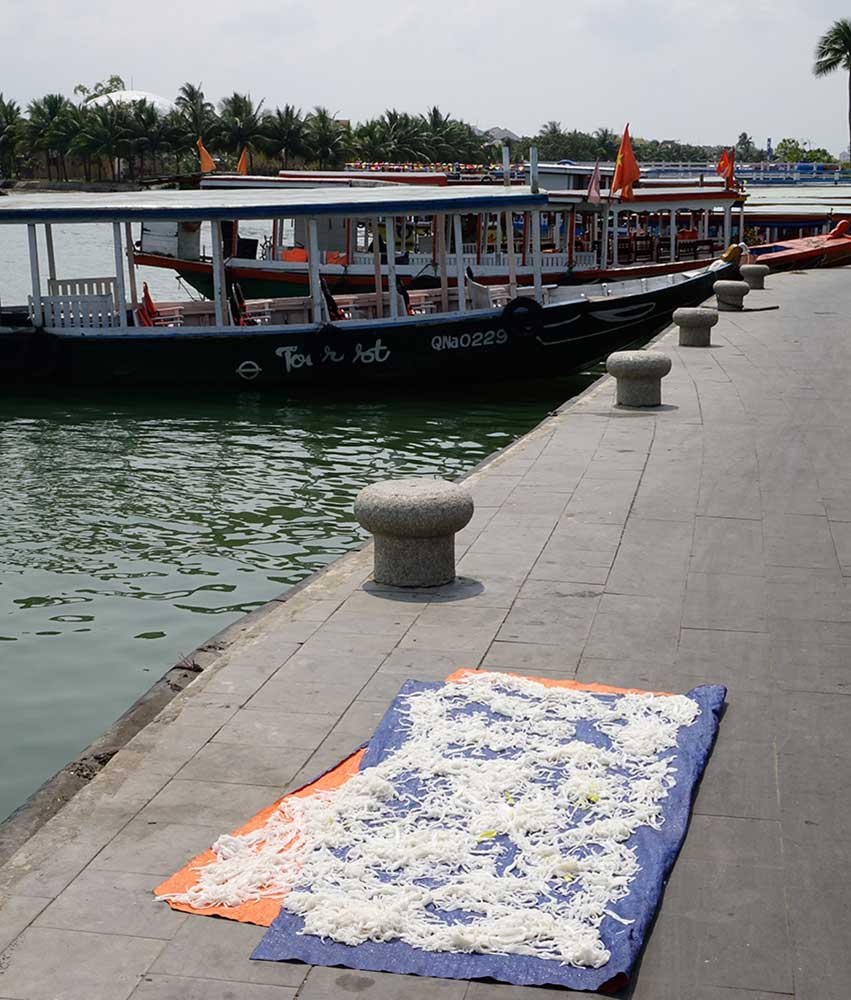 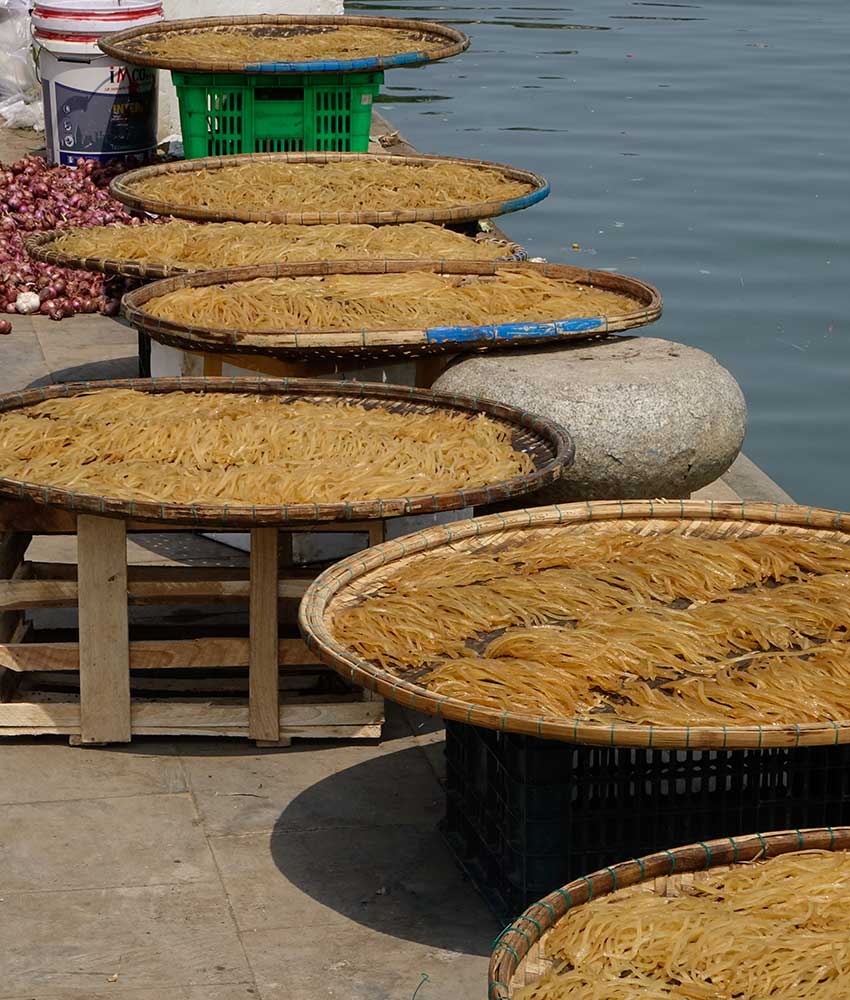 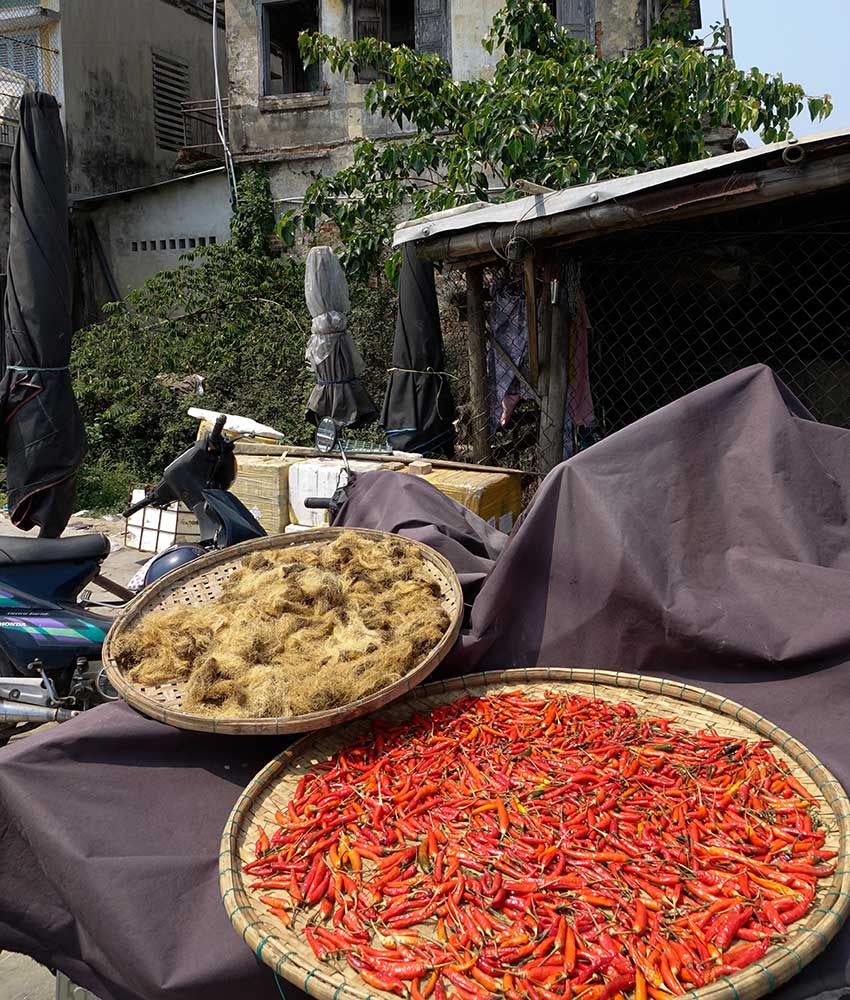 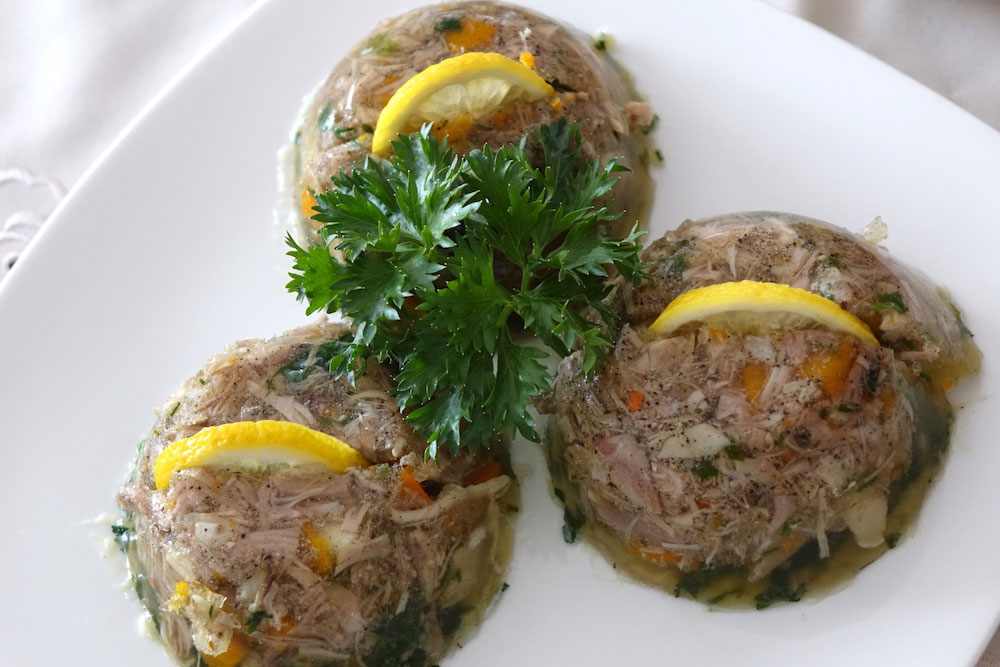 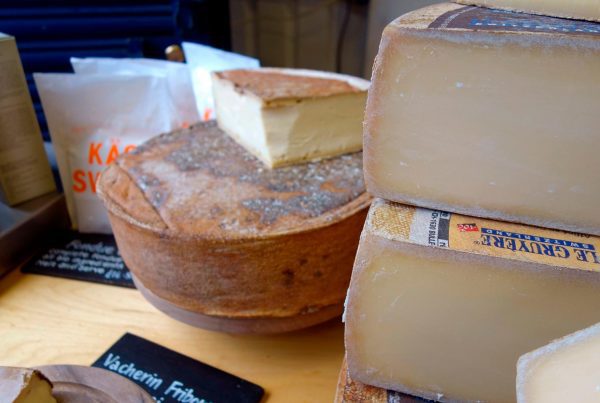 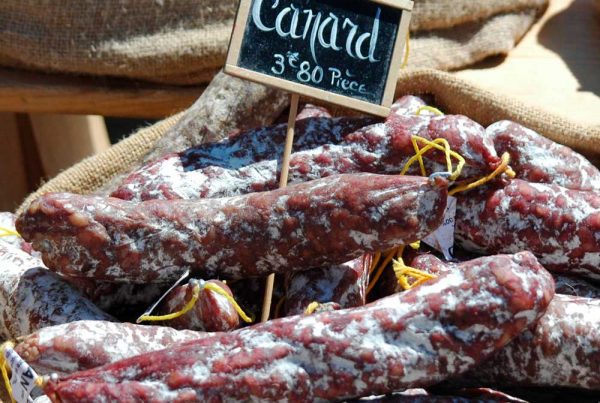 The Art of French Sausage